Share a memory
Obituary & Services
Tribute Wall
Read more about the life story of Todd and share your memory.

THE INCREDIBLE FUNNY MAN THAT EVERYONE LOVED

Meeting Todd one time would forever emblazon his image, personality, and sense of humor on the lucky
person who had made his acquaintance. He never forgot an encounter. He paid attention to anyone he
met. He never forgot a name. Why, because he loved people.

Todd came from a small family, dad, Rick, mom, Sue and sister, Amy. The family became even smaller
when his mother succumbed to cancer when he was 13 years old. That was a continued source of pain
his entire life. He countered that pain with his humor and by surrounding himself with new family for
the rest of his life. He found his new family anywhere he was. At school, on the ball field, at the hockey
rink, on the golf course, in the grocery store, at an Indians’ Game, (this is no time for P.C.) a Browns’
Game or standing on a street corner. Todd made friends and acquired family.

It was hard to resist Todd. Mainly because he wouldn’t let you. He could break people down in seconds.
If he came into your life, you didn’t stand a chance, you had to embrace him as your new friend. His
family is now vast, I dare say in the thousands.

Todd had extremely handsome parents, and so he won the handsome prize. That didn’t hurt his effect
on people either. People automatically wanted to be his friend and once you were his friend he was the
best one out there. Always checking on friends, calling to see how they were, providing holiday calls,
taking relatives’ kids to the ballpark, watching his nephews’ hockey and baseball games, never missing.
When he was in, he was in all the way. (Not many people like that.) His empathy for friends, family, or
anyone really, was borne from his own experience. He was the right person to have as a friend if you
were hurting- because he felt it.

Todd was extraordinarily talented in sports, he had vast knowledge about the sports he played. He
shared his knowledge and never in a braggadocious way. His concern was teaching a young player how
to improve. It was his passion, and he spent many years as a devoted baseball coach and hockey
referee. When he wasn’t coaching, he’d be at the games, cheering on the Rocky River Pirates, watching
his cousin play football, or playing on an adult league. Spotting Todd in the crowd just made the game
go better and you’d better believe he memorized every play the kid, child, or adult played because
there’d be a discussion after.

Todd Zwilling was a one-of-a-kind human being. Not a one in a million, truly one of a kind. He was a
forgiving beautiful soul who never gave up making amends if he felt he hurt someone. His friends and
family were his soul and in the end, if friends held a monetary value, Todd was wealthier than Jeff Bezos,
Bill Gates, and Elon Musk combined.

The tears and Todd Zwilling stories will never end if Todd is in peoples’ hearts. He left us rich with his
presence and made us better for it. We can all thank him for that.

There will be a lunch held in Todd’s honor in Huron, Ohio somewhere near the end of February or early
March. It will afford closure to those of us who loved Todd so deeply. We will hopefully hold it on a
weekend so people can come. Dates and location will be provided via Facebook.

And so, my darling nephew, you have left us deeply wounded and in a flood of tears but enriched by
your love of us all. Until we meet again, sweetheart, enjoy your new world. (Give the Fam hugs and
kisses!)

I love you,
Auntie

To send flowers to the family or plant a tree in memory of Todd M. Zwilling, please visit our floral store. 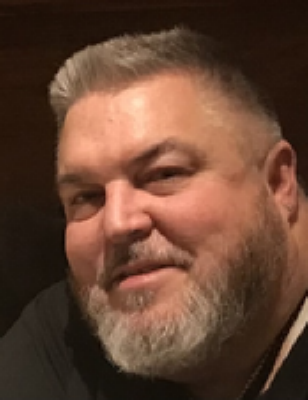 Look inside to read what others
have shared
Family and friends are coming together online to create a special keepsake. Every memory left on the online obituary will be automatically included in the book.

Family and friends are coming together online to create a special keepsake. Every memory left on the online obituary will be automatically included in the book.

You can still show your support by sending flowers directly to the family, or by planting a memorial tree in the memory of Todd M. Zwilling
SHARE OBITUARY
© 2023 Foster Funeral Home and Crematory. All Rights Reserved. Funeral Home website by CFS & TA | Terms of Use | Privacy Policy | Accessibility