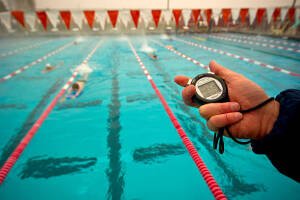 Craig was born on February 13, 1948 in Toledo, Ohio to Arlene and Dewey Johnson. He graduated from high school in Edgerton, Ohio after spending time in Milwaukee and New Jersey as a child. He was the oldest of three children. Craig received his undergraduate degree from Miami University and his Doctorate of Dental Surgery (DDS) from The Ohio State University in 1974. He married his high school sweetheart, Carol Lutterbein in 1970.

After graduation, Craig and Carol moved to Sandusky, Ohio where he began a dental practice spanning 30+ years. He found great joy and fulfillment helping people from all walks of life get compassionate, high quality dental care and gave his 2 oldest grandchildren their first checkups.

Not only was Craig a dedicated dentist, but he was also a dedicated swim coach and later, a swim and diving official for the State of Ohio. In 1990, he founded the Huron High and Jr. High Swim Team when his daughter, Erin was a freshman and wanted to continue swimming competitively. He ran the swim program supporting the team both in and out of the pool, organizing practices and logistics together with his co-coaches until 2002. He went on to be an OSHA official for 18 years and was awarded “Boys Swimming & Diving Official of the Year” in 2010 by the NFHS Officials Association. He loved being a part of the swim community – positively impacting countless numbers of students’ lives over the years – inspiring them, believing in them, pushing them to set and reach their goals, and gain confidence in themselves. It truly was his passion to guide youth in their athletic pursuits as well as their academic and personal growth. Because of these efforts, Craig was inducted to the Huron High School Athletic Hall of Fame in 2008.

Craig enjoyed spending time at their vacation home in Petaluma, California with their youngest daughter and family, watching baseball games, eating oysters and exploring the coast. He enjoyed traveling, playing golf, hunting and fishing with his buddies, cooking Thai and Indian cuisine, growing Heirloom tomatoes, and watching the sunset from the back deck. Those who know him best will agree that his family was at the very center of his life. Craig and Carol celebrated their 50th wedding anniversary last August. He is survived by his wife, Carol, their 2 children, Erin (Robert) Paul of Kenilworth, Illinois and Marla (Brian) Pedersen of Petaluma, California and four grandchildren, who truly were the apple of his eye. He worked hard to provide a wonderful life for his family and found his happiest moments surrounded by his grandchildren fishing, throwing the baseball, wrestling, playing Lego and “Giant” where Grandpa would say, “Fee Fi Fo Fum!!” as the grandkids squealed, laughed and ran.

Dr. J was a man who lived life to its fullest, who walked on the sunny side of the street – always ready with a smile or hug to share. He was a true friend to many, a respected role model, a compassionate leader, a loving husband, a father who let his daughters know they always came first and could do anything, the best Grandfather in the land, and let’s not forget, a tried-and-true Buckeye fan.

It’s challenging to edit the life story of a man who did so much and touched so many – a man with a Herculean Spirit and a heart of gold. The family is grateful for his friends, community, and loved ones near and far. Those who have been blessed by the grace of his presence are lucky to have known such a remarkable man. He loved to say, “Life is good!”

Due to the global pandemic, the family is holding a private memorial service at Scott Union Cemetery where he will be laid to rest.

In lieu of flowers, memorial contributions can be made to the Dr. Craig T. Johnson Memorial Swimming Scholarship Fund, benefiting swimmers from the Northwest Ohio region at Erie County Community Foundation (ECCF), Dr. Craig T. Johnson Scholarship in the memo line, 135 East Washington Row, Sandusky, OH 44870. Gifts online can be made securely here https://erie.fcsuite.com/erp/donate/create?funit_id=1858All.  Gifts are acknowledged via email and mail and tax-deductible as allowed by law.

“If there ever comes a day when we can’t be together, keep me in your heart, I’ll stay there forever.” – A.A. Milne

A service summary is not available